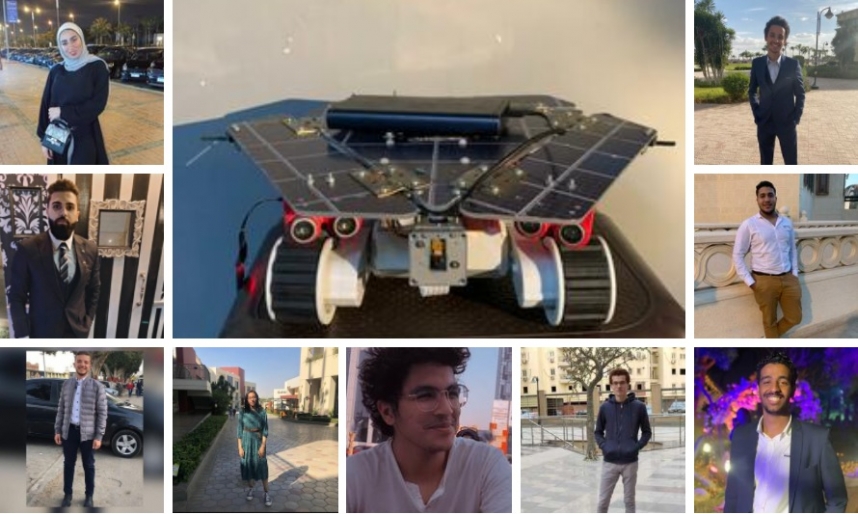 MSA University would like to congratulate the students of the Faculty of Engineering from the Mechatronics department who won the second place among all public and private universities by designing a satellite in the Universities Moon Project initiated by the Egyptian Space Agency.

The students were able to design and implement a Space Exploration Rover System after they got trained at MSA University’s satellite at the Egyptian Space Agency. The Space Exploration Rover System consisted of a mobile robot that collects information and images, senses the surrounding environmental factors, navigates them automatically, retains the information and then sends it to the ground control station through a special protocol and controls the robot through the station to perform different tasks from distance.

The team of the Faculty of Engineering consists of students who won:

In addition, the team ranked second among all Egyptian universities and first among private universities. Yesterday, the results of the first ten places were announced as follows:

This participation came within the framework of the cooperation protocol between the Faculty of Engineering and the Egyptian Space Agency and of the participation between teams from the Faculty of Engineering in the Universities Satellite Project, as well as the establishment of a training satellite at the university to develop the students’ experiences.