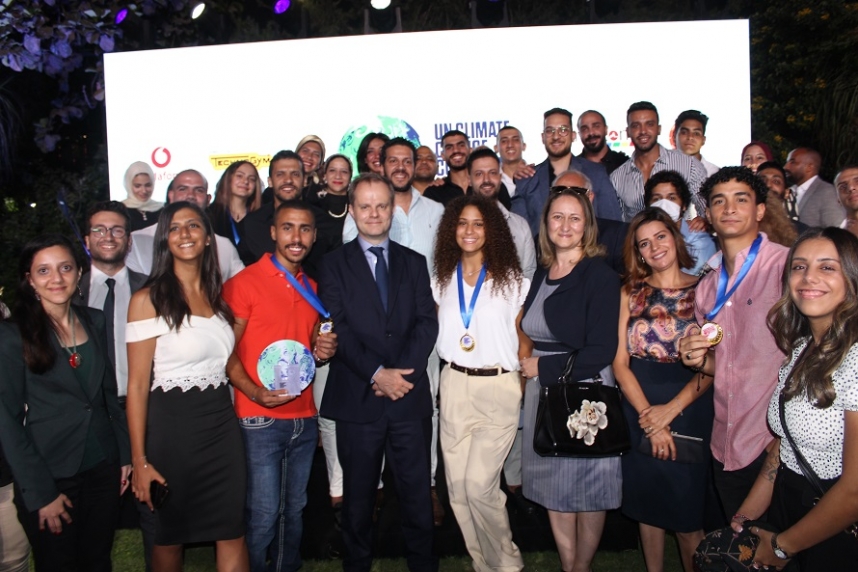 MSA Team Winning the First Prize & Trophy in the “Sports for Climate” competition held by The British Embassy in  Egypt ,

The British Embassy in Egypt launched the first of its kind Sports for climate competition to raise awareness about the impacts of climate change on health, productivity and the wider economy.

The first round took place last week in World Gym Dandy Mall (@World Gym Dandy Mall) while this week in The British Embassy in Egypt (@ukinegypt);  To demonstrate the effect of climate change on daily activities; comparing  the participants heart rates & calories across both indoor and outdoor workouts;  showing the difference in performance while engaging in various sports activities, ranging  from rowing, squats, push ups, Skill mill, Cross-fit sit-up, etc.

The results of the competition were announced by His Excellency Ambassador Gareth Bayley during  a spectacular Award Ceremony in the British Embassy in Egypt   in the presence of prominent diplomatic missions and ministries as well as MSA Senior delegation.

And proud to say that under the  supervision of Dr Sherif Moody and  Mrs Mona Afifi , Dr.  Salah Abdel Hady and Captain Mohamed Abbass MSA Team won  the Gold  Prize.

Our heartily Congratulation goes to our MSA STUDTENTS for winning  the competition’s FISRT AWARD  amongst 40 participants.

Our Champions … Indulge in the fruits of your   glory…. FIRST PRIZE… GOLDEN  PRIZE & TROPHY. Your hard work and perseverance paid dividends.

Thank you for bringing pride to  MSA University