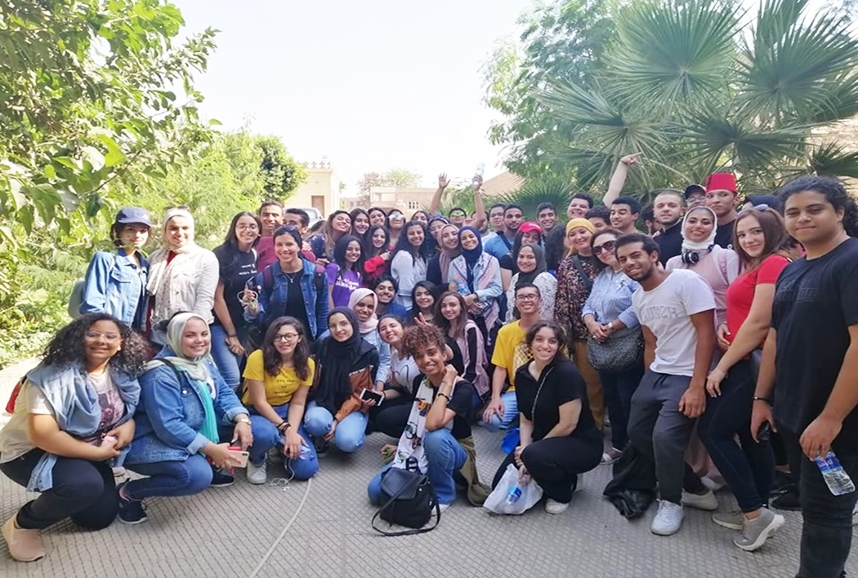 Starting with the Citadel, students were met by Tour Guide Ms. Shaimaa who clarified the reasons behind constructing the Citadel and the process it entailed. She shed light on the events that ensued the fire that was deliberately set by protestors in part of the Citadel during the July 23, 1952 revolution. She then explained the building process of Muhammad Ali’s Mosque and continued by showing the students the prisons that were built within the Citadel and the exact place were the infamous Citadel Massacre took place during the era of Muhammad Ali. She also cited how the “Gawhara Palace”, which contained priceless jewelry worn by the wives of Muhammad Ali, was robbed post the July revolution. .

The students were then transferred to the Faiths Compound to witness the Hanging Church that contained a historical overview of Coptic Orthodox Patriarchs. Ms. Shaimaa pin-pointed how the church was built on the relics of Babylon’s fortress. The students then proceeded to the Jewish Synagogue which remains as the oldest synagogue in Egyptian history as it was erected around the year 882 BC, to be re-built in 1890 and renovated in 1991. Notably, the Synagogue is known for combining Coptic, Islamic and Jewish designs. Interestingly, the Synagogue introduced the term “genaza” (funeral in Arabic) to indicate burying all documents that bore God’s name in a box especially designed for that purpose. Finally, the site also included Amr Ibn El Aas Mosque that bore the name of the Muslim general who conquered Egypt in 640 AD to attack the fort of Babylon and to introduce Islam to Egypt and the entire Africa.