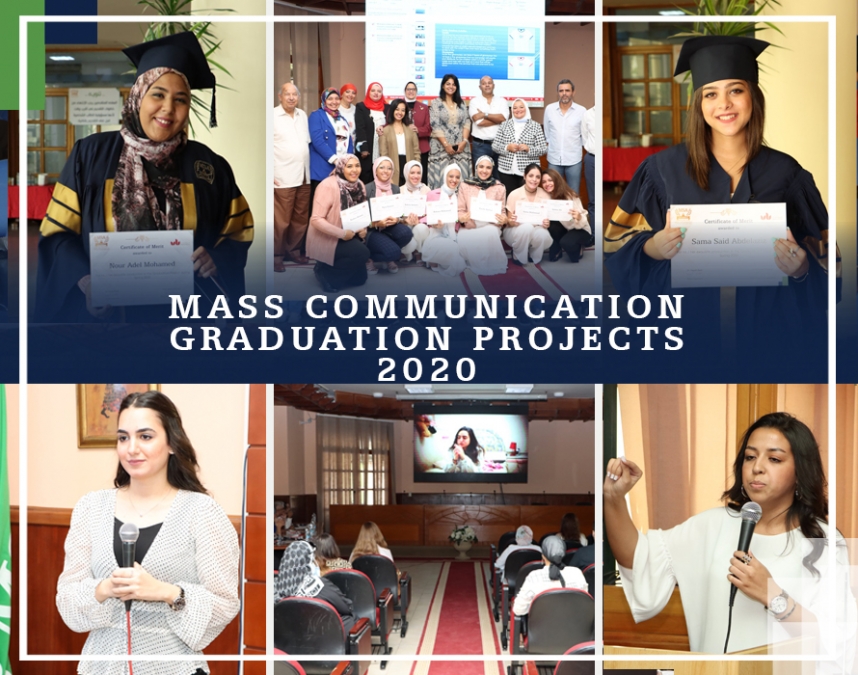 The Faculty of Mass Communication at Modern Sciences and Arts- MSA University celebrated the graduation of the new batch from 21st to the 28th of September as the class of 2020 presented and discussed their graduation project topics.

The three Broadcasting, Advertising and PR and Journalism departments were able to exceed all expectations since significant and innovative topics were being discussed which were related to the Egyptian culture and as the discussion was under the supervision and the presence of the Faculty’s distinguished staff and a group of external media professionals’ jury. Over the course of four days, the Broadcasting Department students have dazzled the jury with 78 documentaries and narrative films. The topics that were presented dealt with the young media professionals’ vision of Egyptian issues and the diversity of culture, sports, tournaments, and human feelings. Needless to say, the students received positive reviews by the jury who believed that the topics chosen and presented by the students were marvelous. As mentioned, the graduation discussion was attended by a group of media professionals in Egypt, and they were:

Moving on to the graduation topics of the Advertising and Public Relations Department, the topics were consisted of awareness campaigns such as the negative effects of child sexual abuse in Egypt, the naming of the royal palaces among youth in Egypt. Also, there was a campaign about empowering women in Egypt, and Alzheimer's disease in Egypt. In fact, there were more creative and distinctive ideas that were presented by students of the advertising and public relations department. Finally, the students received certificates of appreciation for their distinctive ideas and for their performance which dazzled the attendees. MSA University would love to congratulate the students of the Faculty of Mass Communication and we wish them and all the University students’ excellence and the brightest future!