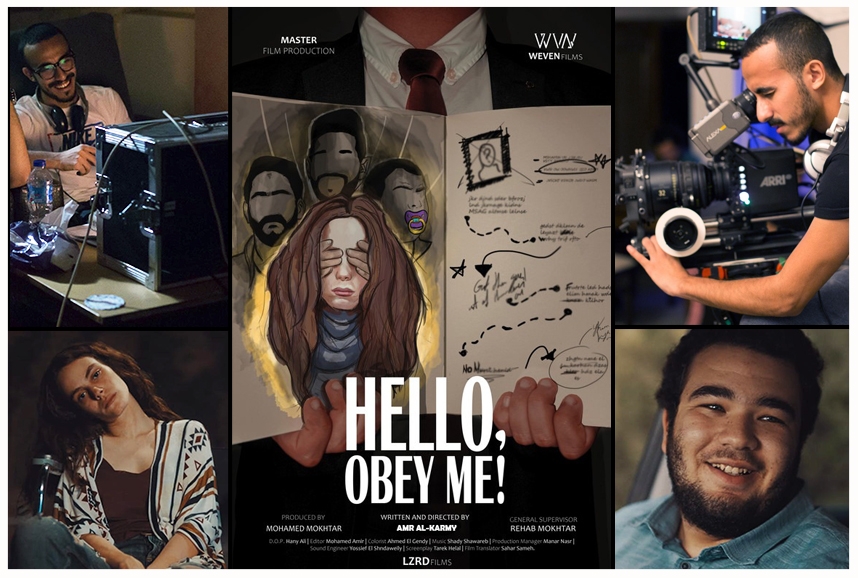 “Hello, Obey Me” for Mass Comm student Amr El Karmy, gets its debut in California, USA in September 2020. This comes within its official selection to be shortlisted for the official competition of the Queen Palm International Film Festival 2020. The movie which also features a number of Mass Comm students; Mohamed Sameeh, Shehab El Hadidi, Enjy Hammad, rose up among other nominations to join the runners up for this prestigious festival that has ascended as one of the most 50 acclaimed art platforms on the international level.

"Hello, Obey me" has participated in a number of international festivals in India, Italy, and England where it received the semi-final award for the Copper Coast International Film Festival last march.

The movie is written and directed by Amr El Karmy